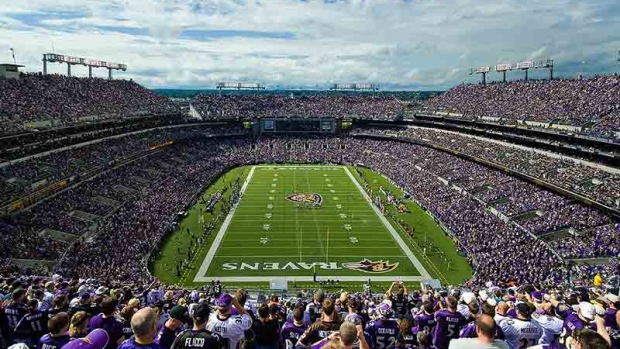 It seems like a long shot, but if NFL teams are allowed to have fans in the stands, the Baltimore Ravens won't be filling up M&T Bank Stadium very full.

Ravens announced that their stadium capacity for this season – if fans are allowed to attend games – would be fewer than 14,000 seats per game. pic.twitter.com/Cyf7FuX6Lu

The Baltimore Ravens announced their stadium capacity for this season would be fewer than 14,000 fans per game if fans are allowed to attend games. The stadium has a capacity of 71,000 fans.

"To offer a proper level of safety for fans who want to attend games, a reduction in capacity is necessary," stated Ravens president Dick Cass in a news release. "We are disappointed that this will be a disruption for many ticket buyers, but we have an obligation to our fans and our community to keep M&T Bank Stadium as safe as possible."

The Ravens said fans would only be allowed in M&T Bank Stadium if approved by local health authorities.

The Ravens also announced season seat holders will have their 2020 purchases differed to 2021.