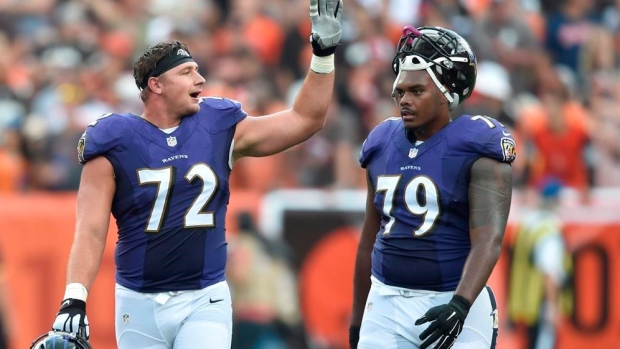 Ronnie Stanley's season is over prematurely for a second consecutive year.

The Baltimore Ravens announced on Tuesday that the 27-year-old All-Pro offensive tackle was set to undergo ankle surgery and will be placed on season-ending injured reserve.

"This is not what I wanted or expected when coming into the season," Stanley said in a statement. "Throughout the last year, I did everything I could to be 100 per cent healthy so I could be out there playing for our team and city. As a competitor, I have a mindset of sacrificing my body for my brothers and my team to reach our goals. At this point in time, my ankle isn't where it should be. This is the best decision not only for my health, but also for the team long term. I look forward to supporting my team from the sideline this season and coming back fully healthy in 2022."

The sixth overall pick of the 2016 NFL Draft out of Notre Dame, Stanley appeared in just a single game this season, a Week 1 loss to the Las Vegas Raiders. There had been hope that Stanley could avoid surgery, but a decision was made to go ahead with the procedure.

A native of Las Vegas, Stanley incurred an ankle injury last fall in a Week 8 contest against the Pittsburgh Steelers on Nov. 1 and missed the remainder of the 2020 season.