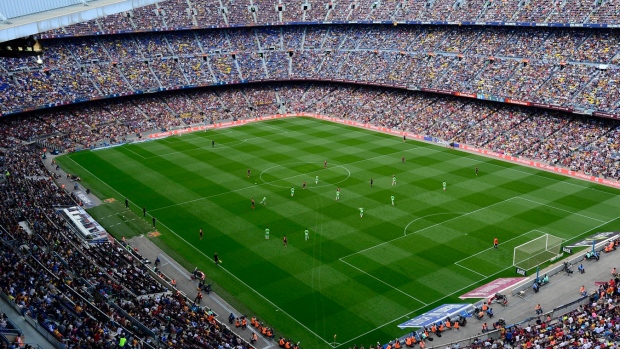 Toni Freixa, a candidate for club president in next month's election at Barcelona, is promising to invest an enormous sum of money in new players.

He told local radio station RAC1 that he has secured an agreement with a potential investor to make that happen.

"We have been working for some time now and we can say that we have reached an agreement of intent with an investor who will contribute €250 million for Barcelona Coporate, which consists of four business lines, in exchange for 49 per cent," Freixa said. "Although it will first have to go through the Assembly. We will have the funds for the economic situation to improve so that we can make sporting decisions. And in 2021-22 we will incorporate three superstars: two in attack and one in defence."

"We have a maxim: we will never talk about players until we present them," Freixa said. "It's a bad strategy because you allow other clubs to step on your negotiation. But it is absolutely possible. That's what Barcelona must do: bring in difference-making players."

Still, Freixa acknowledged that the club is carrying a significant amount of debt that could prevent the club from offering talisman Lionel Messi a bumper new deal. The 33-year-old Messi is out of contract at season's end.

"Messi has given us more than Barcelona has given him," Freixa said. "I have spoken to his entourage, but not personally with him. The opportunity for him to continue is open. His contract has to be brought into line with the club. We have lowered the revenue by €350 million and the player is aware of that. I have never had the contract in my hand."

Freixa is one of three candidates up for the March 7 election. Former president Joao Laporta and Victor Font are also seeking the presidency.