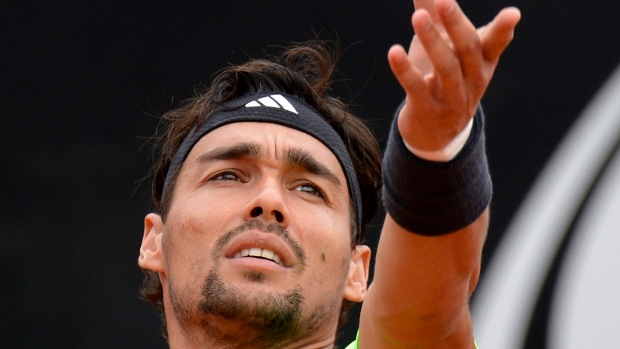 MARSEILLE, France - Second-seeded Stan Wawrinka was knocked out of the Open 13 by Sergiy Stakhovsky of Ukraine after a 6-4, 3-6, 6-4 loss in the quarterfinals Friday.

The 29-year-old Stakhovsky, who will play his first semifinal since last year in Sydney, saved four of the five break points he faced in a nearly two-hour battle at the indoor tournament.

The in-form Wawrinka was handed his second loss this year after wins in Chennai and Rotterdam. The Swiss also reached the Australian Open semifinals, losing to eventual champion Novak Djokovic.

The 59th-ranked Stakhovsky came to prominence at Wimbledon in 2013 when he upset Wawrinka's fellow Swiss Roger Federer, will next play 2007 champion Gilles Simon, who rallied from a break down in the second set to come out on top of an all-French match against Jeremy Chardy 7-5, 7-6 (6).

Fourth-seeded Roberto Bautista Agut will take on local favourite Gael Monfils in the other semi after defeating Dominic Thiem 7-6 (7), 6-3.

The 26-year-old Spaniard saved three set points in the tiebreak before capitalizing on his consistent serve for the win.

Agut will be looking to build on his year-end best ranking of No. 15 last season after clinching his first two ATP titles.

The seventh-seeded Monfils also used his strong serve to claim a 6-4, 6-4 win over Italian Simone Bolelli, who upset top-seeded Milos Raonic in the second round at the indoor tournament.

Monfils lost just three points on his first serve and broke his opponent twice to progress to the semifinals for the first time in seven appearances in the coastal French city.

Monfils leads Bautista Agut 2-0 in their head-to-head record and recently beat him in straight sets in the round of 16 in Rotterdam.