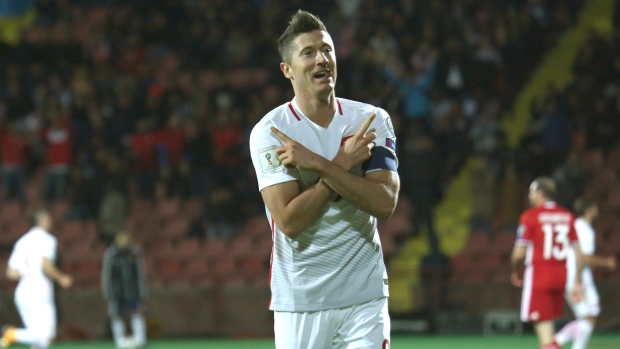 MUNICH — Robert Lewandowski was ruled out of Bayern Munich's Champions League quarterfinal against Paris Saint-Germain after the German club said on Tuesday he will be out for four weeks with a knee injury.

Lewandowski was hurt on Sunday as Poland beat Andorra 3-0 in World Cup qualifying, and returned to his club for a thorough exam by the medical staff.

The injury could also derail Lewandowski’s attempt to beat the Bundesliga goal record of 40 in a season. He has 35 from 25 games.

Bayern plays second-placed Leipzig on Saturday in a game which could play a large role in deciding the Bundesliga title, then host PSG on April 7. The second leg in Paris is on April 13.