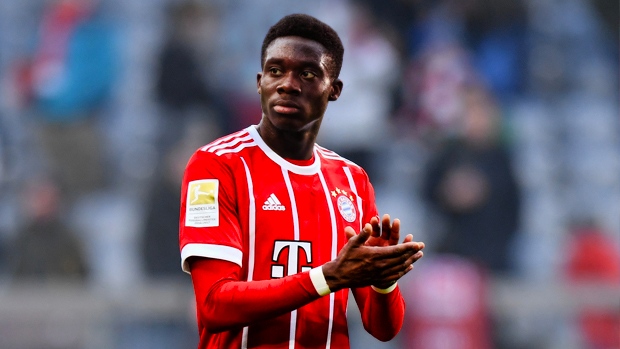 Canadian Alphonso Davies will join Bayern Munich as they have completed a deal with the Vancouver Whitecaps for a fee of around €13 million.

Alphonso Davies to Bayern Munich is a done deal. Fee is around 13 million euros with substantial add ons that could make the entire package worth a record $20 million. Davies will remain with the Whitecaps for the rest of the season.

The deal will allow Davies to remain with the Whitecaps for the remainder of the season and will have substantial add ons that could make the deal worth a record $20 million.

The 17-year-old has scored three goals and added eight assists in 20 games this season for the Whitecaps.  Davies was selected to the 2018 All-Star game by commissioner Don Garber.

“As a kid, I always dreamed of a moment like this, " said Davies.  "Now that the dream has come true, the work continues as always. I have to keep pushing and keep striving, and also keep being me on the field."

Davis was signed by the Whitecaps as a Homegrown Player on July 15, 2016.