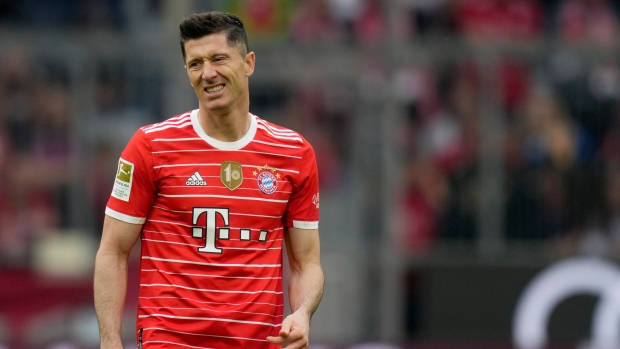 Cezary Kucharski publicly accused the Poland national team captain and his wife of tax irregularities in Germany and threatened to reveal the details if they didn’t pay 20 million euros ($21.1 million).

Lewandowski, who has won the last two FIFA best player awards, has denied any wrongdoing and has sued Kucharski, who served as his manager for almost 10 years up to 2018.

Kucharski could face up to three years in prison if convicted.

Kucharski, a former Poland national team soccer player, was hospitalized earlier this year in Spain and put into an induced coma. He is now recovering in Spain.