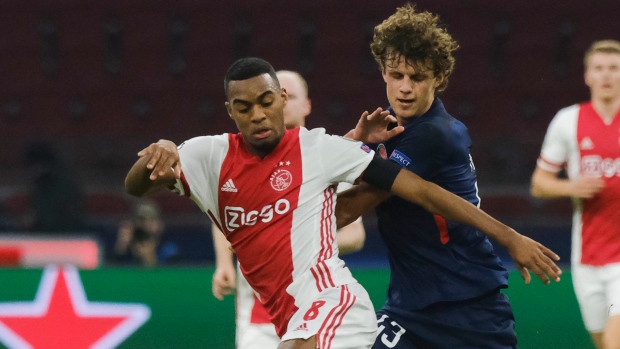 Ryan Gravenberch is on his way to the Bundesliga.

Bayern Munich announced the signing of the dynamic Netherlands midfielder from Ajax on Monday.

2️⃣0️⃣2️⃣7️⃣ @FCBayern ✍🏾⁣
⁣
Proud to be part of the Bayern family now. Ready for all that's coming and can't wait to start ❤️🤍⁣
⁣#MiaSanMia⁣ pic.twitter.com/QJqiOQvUse

The 20-year-old Gravenberch has signed a five-year deal with the club.

"Ryan Gravenberch is a young, highly interesting player who lots of Europe's top clubs would've liked to have signed," Bayern CEO Oliver Kahn said. "He's chosen FC Bayern because he can develop at the highest level here. Players with his qualities are important for Bayern's future path."

A native of Amsterdam, Gravenberch came up through the vaunted Ajax academy before making his senior debut in 2018.

He made 30 league appearances for the Eredivisie champions this past season, scoring two goals.

In his time at Ajax, Gravenberch won three league titles and KNVB Cups.

Having represented the Netherlands at several different youth levels, Gravenberch got his first senior cap last year and has made 10 appearances, thus far, for Louis Van Gaal's team.