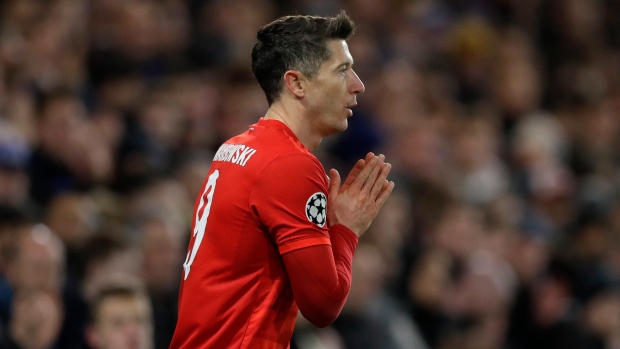 Lewandowski’s injury is in the area where the tibia meets the left knee joint and will force him to spend 10 days in an immobilisation cast before he can begin rehab.

The 31-year-old scored Bayern’s third goal in the victory at Stamford Bridge when he finished a cross from Canadian Alphonso Davies.

Lewandowski has 39 goals and five assists for Bayern in all competitions over the 2019/2020 season.