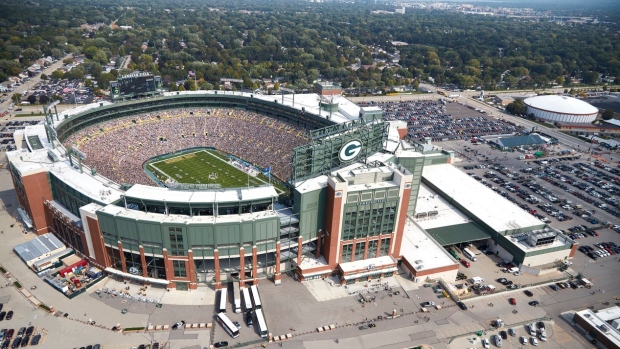 GREEN BAY, Wis. (AP) — Lambeau Field will host a soccer match for the first time in its storied history July 23 when Bayern Munich and Manchester City face off in an exhibition.

The event is being billed as the USA Cup and is part of FC Bayern Munich’s summer tour, which also includes a July 20 match with D.C. United in Washington. Manchester City will face Club America on July 20 at NRG Stadium in Houston.

This will mark the second time that Bayern Munich and Manchester City have faced each other in the United States. Manchester City won 3-2 in an International Champions Cup Match at Miami’s Hard Rock Stadium in July2018.

Although this will be the first soccer game at the home of the NFL’s Green Bay Packers, Lambeau Field has hosted other non-NFL events before, including concerts and Wisconsin’s 16-14 college football victory over LSU in 2016. The stadium opened in 1957 but has been renovated and expanded, and its capacity for NFL games is 81,441.