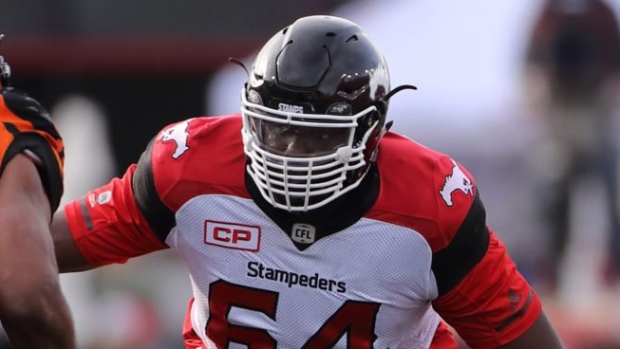 The struggling BC Lions acquired American offensive lineman Justin Renfrow and a 2020 fifth-round draft pick from the Calgary Stampeders in exchange for a 2020 conditional fourth-round pick and a player from the Lions’ negotiation list.

#BCLions acquire American offensive lineman Justin Renfrow, plus a fifth round round pick in 2020 from Calgary.

Renfrow, 29, appeared in eight games with the Stamps during the 2017 and 2018 seasons, but has not played with the team this year.

The Miami product has had brief stints with the Green Bay Packers, Seattle Seahawks, San Francisco 49ers and Buffalo Bills in the NFL before playing in Canada.

The Lions sit in last place in the West Division with a 1-6 record after dropping a 45-18 decision to the Saskatchewan Roughriders on Saturday night.