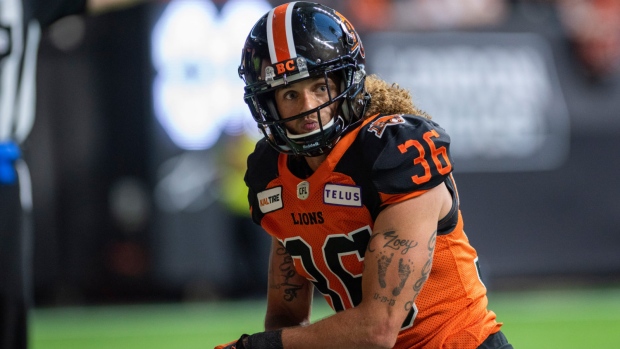 BC Lions defensive back Aaron Grymes suffered a suspected ACL tear in the team's 19-6 loss to the Edmonton Eskimos on Saturday, according to TSN's Farhan Lalji.

More bad news for #BCLions. Suspected ACL tear for DB Aaron Grymes. Will need an MRI to confirm. He was very emotional on the sidelines after injury. @CFLonTSN @TSN1040 @TSN_Sports

Grymes was very emotional on the sidelines after suffering the injury. The Lions' star quarterback Mike Reilly also was injured in Saturday's game, having broken his wrist in the first quarter.

The 28-year-old Grimes is in his sixth CFL season, his first with the Lions. The former all-star (2015) has recorded 54 tackles and one interception in 16 games this season.

With their loss on Saturday night, the Lions have been eliminated from playoff contention.