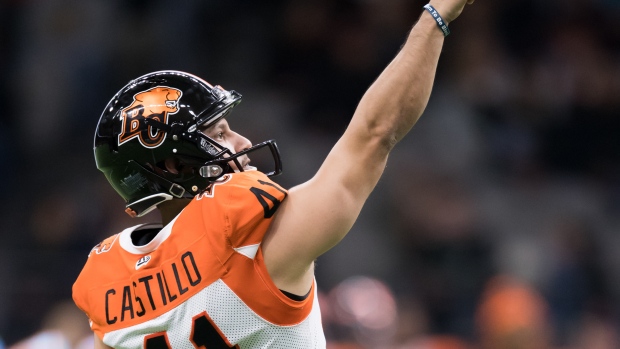 The BC Lions announced Friday evening that kicker Sergio Castillo is opting out of his Canadian Football League contract.

As per the agreement between the CFL and the CFL Players' Association, the Lions would retain his rights for the 2021 season.

The 29-year-old Castillo is a veteran of four CFL seasons, appearing in games with the Lions, Hamilton Tiger-Cats, Ottawa Redblacks and Winnipeg Blue Bombers.