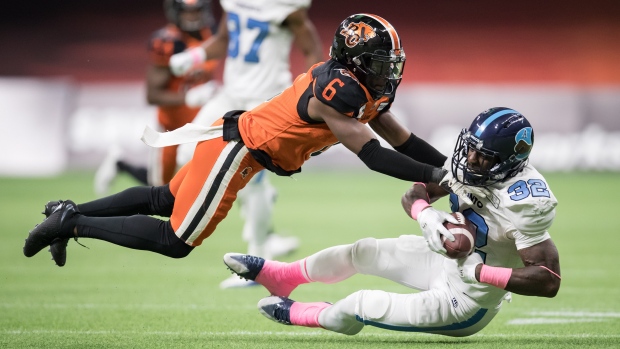 Defensive back T.J. Lee III is staying in Vancouver.

The BC Lions' longest-tenured player has inked a one-year extension with the team.

Lee, who would have become a free agent next month, has appeared in 94 career games for the Lions over seven seasons.

"I couldn’t imagine playing my 100th game in a uniform other than Lions orange," Lee said in a statement. “This is the best situation for both me and my family and I can’t wait for the opportunity to help this defence build on some of the good things we did last season. Building that bond with returning players will equal more wins in important games.”