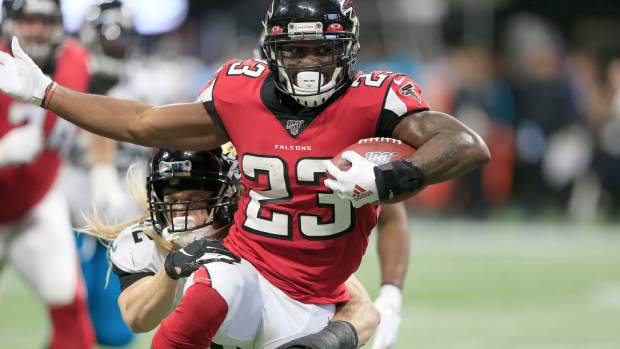 The BC Lions announced the signing of running back Brian Hill on Monday.

Hill, 26, appeared in 48 NFL games over the past five seasons with the Atlanta Falcons, Cincinnati Bengals and San Francisco 49ers.

His highest usage came in the 2020 season when he appeared in all 16 games for the Falcons, rushing for 465 yards on 100 carries and a touchdown. Hill also added a receiving TD that season.

He dressed in three games for the Niners last season.

Originally taken with a fifth-round pick in the 2017 NFL Draft by the Falcons, Hill was a collegiate standout at Wyoming. His 4,287 yards rushing are a program record.