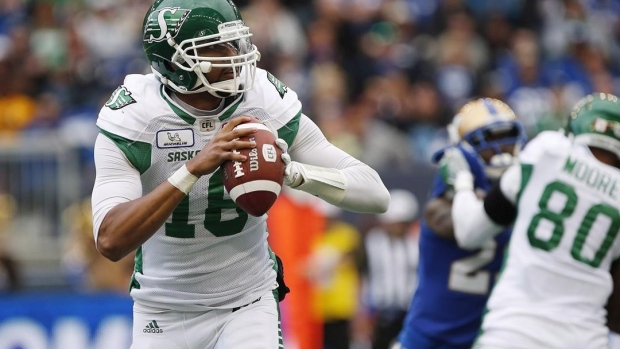 Canadian quarterback Brandon Bridge has signed with the BC Lions for the rest of the season, according to TSN's Farhan Lalji.

Canadian QB Brandon Bridge signs with @BCLions for the remainder of the season. If all goes well the expectation at this point is he will come in as #2. @CFLonTSN @TSN1040 @TSN_Sports pic.twitter.com/upNY2MbuCv

Bridge's deal comes on the heels of the Lions losing their starting quarterback, Mike Reilly, to a broken left wrist in last Saturday's loss to the Edmonton Eskimos. Lalji adds that Bridge is expected to be the Lions' No. 2 quarterback behind Danny O'Brien.

The 27-year-old Bridge, who hails from Toronto, was in training camp with the Toronto Argonauts and Montreal Alouettes but was cut ahead of the start of the season. The 2015 fourth-round pick spent his rookie season with the Alouettes and then spent the past three seasons with the Saskatchewan Roughriders. Bridge has thrown for 2,485 yards with 13 touchdowns and 8 interceptions in his career.