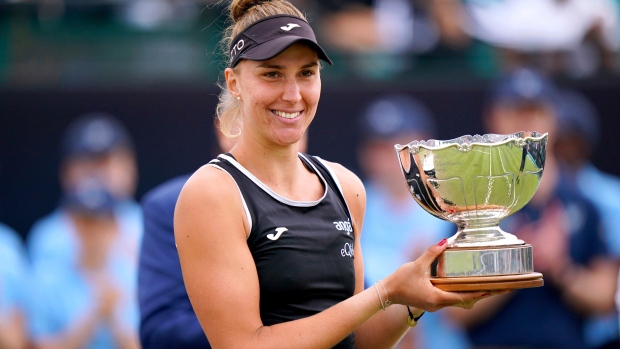 NOTTINGHAM, England (AP) — Beatriz Haddad Maia of Brazil captured her first WTA title by winning the Nottingham Open thanks to a 6-4, 1-6, 6-3 victory over Alison Riske of the United States on Sunday.

The seventh-seeded Haddad Maia consigned the sixth-seeded Riske to a second loss in the final of the grass-court tournament in central England. The other time was in 2016.

Haddad Maia beat top-seeded Maria Sakkari on the way to the final and became the first Brazilian title winner on the WTA tour since Teliana Pereira in 2015.

In the men’s event, top-seeded Dan Evans of Britain beat third-seeded Jordan Thompson 6-4, 6-4 in the final to win the title for the second time, after his victory here in 2019.