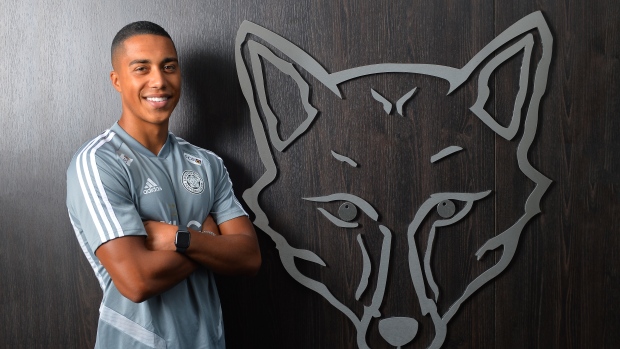 Youri Tielemans is back at Leicester City, but this time, he's staying.

The Belgium midfielder, who spent last season with the Foxes on loan, has joined the Brendan Rodgers' side from Ligue 1's Monaco on a permanent deal, the club announced on Monday.

The deal is believed to be for a club-record 40 million.

Tielemans, 22, has signed a four-year deal with the club.

“I believe that we have the talent in our squad to achieve something special and for any player, that’s an exciting thing to be a part of," Tielemans said in a statement. "I really can’t wait to get started again with this Club and do everything I can to help my team-mates.”

The native of Sint-Pieters-Leeuw made 12 appearances for Leicester last season after coming over in January, scoring three times.

“Youri fit brilliantly into the squad last season, he’s already shown that he’s capable of making an impact in the Premier League and he adds another option to an incredibly talented group of players here at Leicester City," Rodgers said in a statement.

A product of the Anderlecht academy, Tielemans spent the first four seasons of his senior career with the club before joining Monaco in 2017.

Internationally, Tielemans has been capped by the Red Devils 23 times and was a member of the Belgium squad that finished third in last summer's World Cup in Russia.