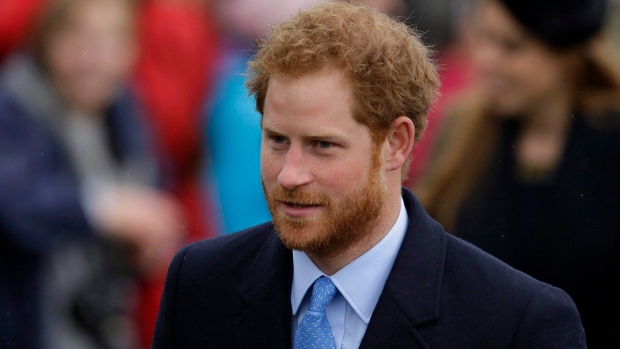 TORONTO - Bell Media announced it has reached an agreement to become the exclusive Canadian broadcast partner of the INVICTUS GAMES, including INVICTUS GAMES TORONTO 2017 and the upcomingINVICTUS GAMES ORLANDO 2016. Established by Prince Harry in 2014, theINVICTUS GAMES is the only international adaptive sporting event for wounded, injured, and ill active duty and veteran service members.

Prince Harry visits Toronto on Monday, May 2 – marking his first visit to the city in 25 years – to officially launch the countdown to INVICTUS GAMES TORONTO 2017. Bell Media covers the day’s special launch events with exclusive access, beginning with the official Launch Ceremony live at 10:30 a.m. ET (see below for more details).

“As the official broadcast partner of the INVICTUS GAMES TORONTO 2017, Bell Media is proud to play a leading role in bringing this international sporting event to viewers across the country,” said Randy Lennox, President, Entertainment Production and Broadcasting, Bell Media. “We are deeply humbled to showcase the unbreakable spirit of those who bravely serve their countries.”

“The INVICTUS GAMES embody the transformative power of sport, and TSN is proud to be the exclusive Canadian broadcaster of such an inspiring event,” said Stewart Johnston, President of TSN. “We are proud to say that Champions Live Here on TSN, and today, this takes on a whole new meaning with the addition of the INVICTUS GAMES. The courage and resiliency of these extraordinary service members makes them the ultimate champions.”

On Monday, May 2, Prince Harry will participate in a series of special launch events for INVICTUS GAMES TORONTO 2017 hosted by Bell Media personalities:

TSN delivers exclusive coverage of the INVICTUS GAMES ORLANDO 2016 from May 8-12, airing live from the ESPN Wide World of Sports Complex, a state-of-the-art multi-sport facility at Walt Disney World. The event features 500 competitors from 15 nations taking part in 10 sports, including track and field, wheelchair basketball, swimming, sitting volleyball, and powerlifting.

TSN platforms deliver live coverage beginning with the two-hour INVICTUS GAMESORLANDO 2016 OPENING CEREMONY on Sunday, May 8 at 8 p.m. ET, as well as daily live coverage of multiple events on TSN GO and recap shows each night of the Games. TSN platforms also deliver the INVICTUS GAMES ORLANDO 2016 CLOSING CEREMONY on Thursday, May 12 at 7:30 p.m. ET.

About the INVICTUS GAMES

The INVICTUS GAMES is the only international adaptive sporting event for wounded, injured, and sick servicemen and women, both serving and veteran. The Games use the power of sport to inspire recovery, support rehabilitation and generate a wider understanding and respect of all those who serve their country.

The inaugural INVICTUS GAMES, held in London in September 2014, saw more than 400 competitors from 13 nations compete in nine sports. The event attracted crowds of more than 65,000 spectators, with more than 10 million tuning in to watch the Games on the BBC.