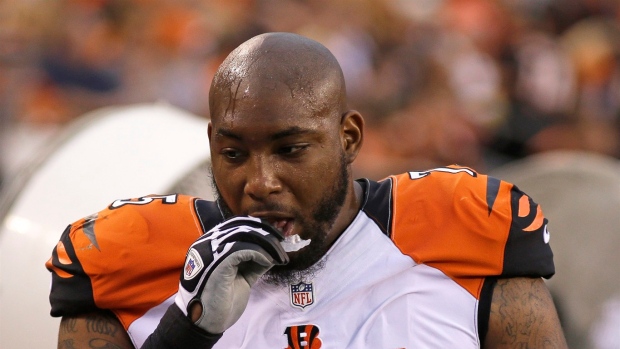 Bengals DT Devon Still back on active roster while he cares for daughter with cancer Article Image 0 , The Canadian Press

CINCINNATI - Devon Still wore his blue hospital identification band on his left wrist during practice. No sense in taking it off. He'll need it when he visits his daughter again at the end of the week.

The defensive lineman was back in town for the start of Bengals minicamp on Tuesday, relieved that his 5-year-old daughter seems to have turned the corner in her long fight against cancer.

Leah Still developed a liver condition from her latest bout of chemotherapy. After three weeks in a hospital in Philadelphia, she finally started showing improvement on Monday. And she continues to inspire her father.

"You watch these kids fight for their life: They keep a smile on their face," Still said. "They never give up. They're resilient."

Still said watching that changes him and lets him know to make the most of his opportunities.

"I have an opportunity right now to make this Bengals team and I'm going to try to do it," he said.

Leah was diagnosed with cancer a year ago. She had a tumour removed from her abdomen and got chemotherapy to kill cancer cells in her bone marrow. Her most recent tests indicated the treatments have worked.

She went into a hospital on May 5 to start the process of getting a stem cell transplant, which includes another round of chemotherapy. Leah developed a liver condition from the treatments, but started improving this week.

Still and his daughter will receive the Jimmy V Perseverance Award on July 15 at the ESPYS. He's not sure whether she will be able to accompany him on the trip to Los Angeles.

"She has to stay away from a lot of people for about 90 days after her stem cell transplant because her immune system is still weak, but they've definitely been stepping up and giving us every avenue to try to get her out there," Still said. "So it's all dependent upon how she feels."

Last year, the Bengals released him from the roster but kept him on the practice squad to start the season so he could keep his medical coverage. He was later added to the roster and played in 12 games. He had 19 tackles and no sacks.

He got a one-year contract through 2015, so this could be his make-or-break season in Cincinnati. The Bengals have added depth on the line, and Still will face a lot of competition to hold onto a spot. He has lost about 20 pounds in the off-season to get quicker.

"Last year, I wasn't working out properly," Still said. "I was missing my workouts to fly back and be with my daughter. I wasn't eating right, whether it was from depression or whatever. But I was able to start eating right and getting my weight back down."

Bengals coach Marvin Lewis admires how Still has dealt with his daughter's illness.

"He's really had to grow up and mature very quickly," Lewis said on Tuesday. "I haven't seen that jovial guy. I don't think those times exist for him. Every waking moment for him is for his daughter and her future and health, so that's a hard road."

Still said he's changed a lot since he entered the NFL as a second-round pick in 2012.

"It will do that when you're watching your kid fight for their life," he said. "Now that she has beat cancer, it's time for me to focus back on football and show everybody what I can do."