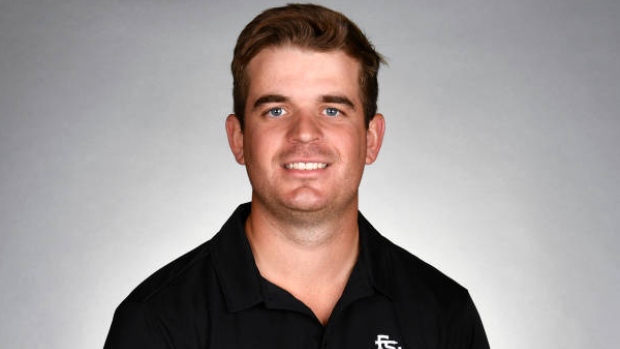 DOTHAN, Alabama — Bennett Baker seized the lead at RTJ Golf Trail at Highland Oaks on Wednesday after posting 68 for the second consecutive round at the Mackenzie Tour – PGA TOUR Canada Qualifying Tournament. With two rounds remaining, Baker (8-under 136) holds a two-stroke advantage over Maximilian Mehles (6-under 138).

Starting on the front nine for Wednesday morning’s second round, Baker bogeyed the second hole but bounced back with birdies on Nos. 7 and 9 to make the turn in 35. On the back nine, he birdied three of his first five holes before adding another on the 18th hole in a back-nine 33.

“I’ve just been trying to stay patient and take advantage of my opportunities when I get them,” Baker said. “There are definitely opportunities out there, but there are also spots where you have to be conservative and not challenge the pins; just try to make pars on certain holes. I think I’ve done a good job of that.”

Despite shooting 68 for the second consecutive day, Baker said the golf course didn’t play the same as it did Tuesday.

“It was totally different,” Baker said. “The numbers were the same, but I felt like both rounds were completely different. I’m just going to stick to my plan and keep doing what I’m doing.”

When the morning wave ended, Baker held a four-shot lead over his closest pursuer, but Mehles carded the round of the day and matched the low round of the tournament, with a 5-under 67 in the afternoon. Mehles birdied three of his first five holes and played a bogey-free back nine to improve on his opening-round 71.

“I gave myself more chances to make birdies than [Tuesday],” Mehles said. “Yesterday was very solid. I hit a couple good putts, but I had a few mistakes too. Today was more flawless—just very solid.”

Cole Madey and first-round leader Keenan Huskey are tied for third, at 4-under. Madey responded from an opening-round 71 with a second-round 69 and attributed the improvement to his putter.

“I made a few putts in the 10- to 20-foot range,” Madey said. “My lag putting was really good—putting over slopes. Pretty similar to yesterday but kept it pretty stress-free.”

Huskey posted 1-over 73 Wednesday after his 5-under 67 set the tone on the opening day.

“I got a little loose off the tee today, so we’ll work on that and we’ll be good to go [Thursday],” Huskey said.

Matt Wilson and Logan Lockwood round out the top five, each posting 3-under 141 after two rounds.