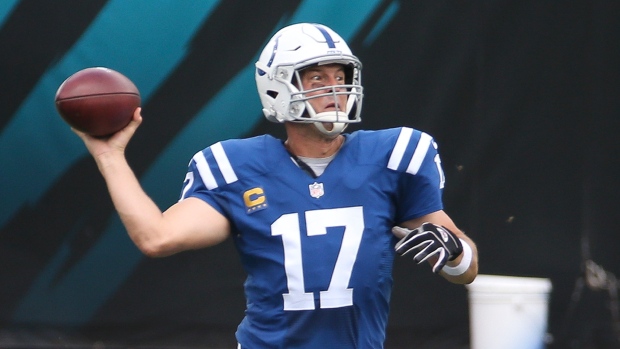 One of the most difficult aspects of trying to pick NFL games early in the season is the struggle to avoid overreactions.

That is an even bigger problem for a lot of fans this year.

After skipping the preseason and jumping right to Week 1, we finally got our first look at the league’s 32 teams.

Those games provided us with some valuable insights, but it will be important not to overreact to everything we saw.

We took the time to help you separate the numbers that matter from those that shouldn’t factor nearly as much into this week’s matchups.

Here are our best bets for Week 2.

The Dallas Cowboys are a schoolyard bully. They prey on weak teams and cower against stiff competition. Last season, Dallas averaged 34.0 points per game against non-playoff teams, and just 18.2 points against postseason opponents. Fortunately for them, the Atlanta Falcons are coming to town.

Atlanta is fresh off surrendering 38 points to Seattle, allowing Russell Wilson to go nuts. Wilson torched the Falcons for 322 yards and 4 touchdowns, completing 31-of-35 passes along the way. You could argue that Dak Prescott is a similar talent to Wilson (their preseason MVP odds were on par with one another) and that the Cowboys weapons are superior to the Seahawks. Ezekiel Elliott looked better than ever last Sunday, and you won’t find a better trio of receivers than Amari Cooper, Michael Gallup and CeeDee Lamb.

On the other side of the ball, yes the Falcons put up 506 yards of offense, but a large chunk of that came in garbage time. They scored just 12 points through the first 50 minutes against Seattle, and both Matt Ryan touchdown passes came when the game was well out of reach.

The Cowboys defense was far from spectacular in Week 1 against the Rams, but they did tighten up in the red zone, holding L.A. out of the paint on three of five trips.

The Green Bay Packers quarterback came out flying against the Minnesota Vikings in Week 1, throwing for 363 yards and four touchdowns in a 43-34 win.

On the flip side, the Detroit Lions gave up 21 consecutive fourth quarter points to the Mitch Trubisky-led Chicago Bears in a 27-23 loss.

The Packers won both meetings against the Lions in 2019, but didn’t lead for a single second in either of the games until the end, a first in NFL history. Green Bay won both meetings with walk-off field goals after trailing for all eight quarters.

I expect that to change this week.

In the first year with Matt LaFleur’s offence, something seemed a little off with the two-time MVP.

But if Week 1 is any indication, Rodgers is back and ready to show everyone that he’s still a top-tier quarterback.

Also, the Lions are already facing issues with the injury bug.

Rookie Jeff Okudah will give the defence a boost on Sunday as he’s set to make his NFL debut.

But the good news ends there.

Wideout Kenny Golladay, cornerback Desmond Trufant and left guard Joe Dahl have all been ruled out. Add that to a list of key players on both sides of the ball who are also questionable to play and this could be a very banged up and vulnerable Lions team.

This game seems simple to me - the Packers are the better team, with the better coach, quarterback and defence.

Take them and lay the points.

It would be easy to ignore the Indianapolis Colts entirely after their brutal 27-20 Week 1 loss to the Jacksonville Jaguars.

However, I’m not willing to completely write off the Colts just yet.

However, the Colts went just 2-of-5 in the red zone, failed to convert on fourth down twice and Phillip Rivers threw two interceptions in his debut.

That essentially adds up to four turnovers and three missed opportunities to put up points inside the opposing 20-yard line on the road against a division rival in Week 1.

Still, these are issues that Indianapolis can correct.

That’s important to remember because it was the Vikings defence that gave up the second-most passing yards in the NFL to Rodgers in Week 1.

Minnesota pressured Rodgers on just 15.9 per cent of his drop backs, and could have an even more difficult time getting to Rivers behind one of the best offensive lines in the league.

The Vikings have never started 0-2 in the Mike Zimmer era.

That said, their defence has never looked so vulnerable under Zimmer and this is another tough matchup on the road against a talented opponent.

I’ll take Rivers and the Colts to bounce back at home.