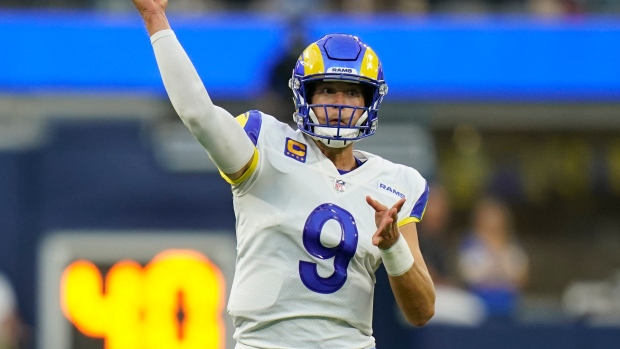 The Tampa Bay Buccaneers are 5-0 against the spread following a loss in the Tom Brady era.

This week, Brady and the Bucs will have an even greater sense of urgency as they look to bounce back from last week’s loss to the Los Angeles Rams with a win over the New England Patriots.

Tampa Bay opened as a four-point favourite, but that number was quickly bet up to seven.

Despite lopsided money backing Brady and the Bucs, that number hasn’t moved since landing on seven earlier in the week.

It will be interesting to see where it lands on Sunday, especially if the public continues to hammer Tampa Bay.

In terms of overall trends that we’ve seen so far, NFL underdogs are 31-18 against the spread this season.

Meanwhile, the totals have gone 29-20 to the under to this point.

Here are our best bets for the fourth Sunday of the NFL season.

For as hard as it was to go away from the Denver Broncos in this column after three straight covers, they’ll face their toughest test so far this season when they host the Baltimore Ravens on Sunday.

Instead of forcing it with Denver, I’ll take Sean McVay’s Rams against Kliff Kingsbury’s Cardinals.

McVay has won all six head-to-head meetings versus Kingsbury, with all six wins by seven points or more, including five double-digit victories.

Coming off a dominant 34-24 win over the defending Super Bowl champion Buccaneers, what reason do I have to doubt McVay’s Rams against Arizona this time around?

Kyler Murray has produced some impressive stats early on this season, but that was against three bottom-15 defences by DVOA, including the Tennessee Titans (29th) and Jacksonville Jaguars (31st).

With the L.A. offence looking completely rejuvenated with Matt Stafford at quarterback, and a defence that Murray has struggled against in his career, I like the Rams to win and cover as just a four-point favourite at home.

Seattle has never lost three straight games in the Russell Wilson era. That could happen this week though, as the 1-2 Seahawks take a two-game losing streak into San Francisco.

Seattle has coughed up double-digit leads in back-to-back games, but there’s no reason to hit the panic button just yet.

Wilson and Co. are once again one of the NFL’s most efficient offences, and the 10-year veteran has the highest passer rating of any QB in football.

The 49ers are banged up in the secondary and we just saw Aaron Rodgers shred them in prime time. San Fran’s once vaunted defence ranks 19th in DVOA, and has allowed 30 or more points in two of their three contests.

The Seahawks defence is most certainly their weak link, but it remains questionable if the Niners can take advantage of the favourable matchup. Jimmy Garoppolo is Pro Football Focus’ 28th graded QB, and head coach Kyle Shanahan has so little faith in him, that he’s actively trying to take the ball out of his hands.

Only seven teams pass less frequently than San Fran, and Garoppolo has been pulled multiple times in the red zone this season, most recently on Sunday Night Football, on fourth and goal in a huge spot.

Wilson, meanwhile, has been a cover machine in the game following back-to-back losses, positing a 13-2 ATS record. Shanahan on the other hand, lost outright yet again as a favourite in Week 3, and his teams are 8-19-1 ATS as the chalk under his guidance.

Don’t bet against Mike Tomlin on the road as an underdog.

Since taking over as head coach of the Steelers in 2007, Tomlin has coached his teams to a 29-17-1 record against the spread on the road when entering the game as an underdog.

That 63 per cent success rate is the second best in the league over that time span.

After losing to the Cincinnati Bengals last week, the Steelers​' defence gets a big boost in Week 4 as TJ Watt is set to make his return to the lineup after missing Week 3 with a groin injury.

Meanwhile, the Packers enter this game on the heels of a massive win over a divisional rival in prime time and could be in store for a bit of a letdown this week.

This Steelers defence proved in Week 1 that it’s still capable of holding high-powered offences in check as they gave up just 16 points to a Buffalo Bills team that has averaged 39 points a game since playing Pittsburgh.

I think the Steelers keep this one close.