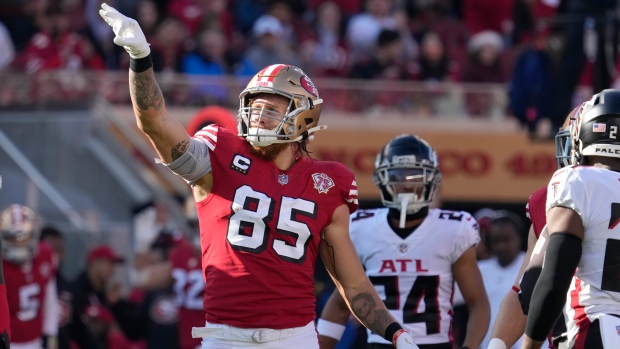 Welcome to Week 18 in the NFL, which is unlike any other of the season.

We have already seen several dramatic line movements heading into the weekend, and we will definitely see more over the next 48 hours.

Perceived motivation is the most important factor, as we see a mix of a little bit of everything this weekend.

First, there are the teams that need a win this weekend versus opponents that don’t.

Then there are the teams that have clinched their playoff spots already, but could move up or down in the standings based on this weekend’s results.

Finally, there are the games featuring matchups in which neither team has anything to play for, which are probably the most difficult matchups to break down.

We did our best to sort through the board for Week 18 to find three bets that are confident will cash on Sunday.

Here are some of our best bets for Week 18 in the NFL.

After the Kansas City Chiefs beat the Denver Broncos on Saturday night, Tennessee will need a win over Houston on Sunday to clinch the No. 1 seed in the AFC.

The Titans are currently a 10-point road favourite.

I think that number could climb even higher once the Chiefs beat the Broncos on Saturday night and it’s confirmed that Tennessee needs a win for the top seed.

The Texans surprised with a 41-29 win over the Los Angeles Chargers a couple of weeks ago, but they came crashing back down to earth with a 23-7 loss to another team that needed a win last week in the San Francisco 49ers.

The Titans have covered the number in nine of their past 12 games, and while I like them to win and cover versus Houston on Sunday, I prefer to focus on the first half for my best bet.

Tennessee will want to come out strong and build a significant lead so that they can rest their starters late in the game, and I definitely think they should be leading by at least a touchdown by the time they reach the half.

The NFC West is a strange division when it comes to how each team matches up against the others. The division features three of the youngest head coaches in the league, who all seem to do particularly well against one opponent. Los Angeles has Arizona’s number, Arizona always plays well versus San Francisco, while the 49ers have dominated the Rams.

San Francisco is a perfect 5-0 in its past five meetings with L.A., and is 4-1 against the spread in those contests.

Jimmy Garoppolo has been under centre for each of those 49ers’ wins, and he’s on track to start San Francisco’s season finale after missing last week.

Jimmy G’s bread and butter is attacking the middle of the field, which is the exact same area that the Rams have struggled to defend. L.A.’s defence ranks 27th versus throws over the middle per DVOA, and 31st against passes to the short middle.

On the other side of the ball, Matthew Stafford’s play has been trending downward since Week 8. After a scorching hot start, Stafford has morphed into a turnover machine. He’s thrown 11 interceptions over his past eight games, including five over the past two weeks.

Meanwhile, San Francisco is 11-4 against the spread as an underdog since 2019, and whipped Stafford and the Rams 31-10 earlier this season as a 3.5-point ‘dog.

The Jacksonville Jaguars season is over.

They have nothing to play for and have lost eight consecutive games and have been outscored 54-163 since Week 13.

Enter a desperate Indianapolis Colts team and their star running back.

The Colts had a chance to secure a playoff spot last week but failed to do so and now can take control of their future with a win on Sunday.

The formula for Indy has been simple.

The Colts are 9-1 this season when Taylor runs for at least 100 yards.

Against Jacksonville earlier this season, Taylor carried the ball 21 times for 116 yards and a touchdown.

He now takes on a beat-up Jaguars team that has allowed 454 rushing yards over their last two games.

I’m riding with Jonathan Taylor this week, and you should too.