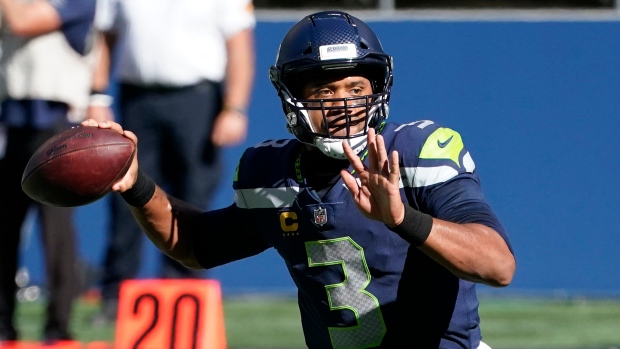 A pair of NFC West rivals will clash on Sunday Night Football on TSN, as the undefeated, 5-0 Seattle Seahawks visit the 4-2 Arizona Cardinals.

Arizona is fresh off a blowout win over the Dallas Cowboys on Monday Night Football.

The last time we saw Seattle they were squeaking out a last minute victory over the Minnesota Vikings in Week 5.

Go All Access in our Week 5 win over the Vikings. ⬇️#GoHawks x @Bose

The Seahawks opened as a 3.5-point favorite, but that line has since moved down to 3. The total for this game is 56 points, a number that each of the last two Seattle games have failed to reach.

Meanwhile, the Cardinals have seen all six of their games fall under the total.

In fact, just one of their contests has produced a total north of 50.

The Case for the Under

A big reason why the Seahawks’ Week 5 game versus the Vikings went under the total was due to Minnesota’s slow pace of play.

The Vikings averaged nearly 34 seconds in between snaps, committed to the run, and ran 41 offensive plays compared to just 18 by Seattle in the first half.

The Cardinals typically run a much faster offence than the Vikings, but still lean heavier on the run than most NFL teams.

Arizona runs the ball at the league’s 10th-highest clip, and they’ll want to do everything they can to keep the ball out of Russell Wilson’s hands.

Cards taking it to the Cowboys.

Even when Kyler Murray drops back, he’s not pushing the ball downfield, instead gobbling up small gains underneath. His average yards per attempt is only 7.1 yards, which ranks 17th among quarterbacks.

That style of play tends to yield a high completion rate and helps sustain drives, which should keep the Arizona offence on the field.

.@K1 is all of us rn pic.twitter.com/qu1nA4EHDx

That helps the case for the under as it should limit the number of possessions Wilson and Seattle get. Of course, the Seahawks have proven numerous times this season that they can rack up points quickly, but the Cardinals defence may be suited better than most to keep them in check.

How Arizona’s D can do its part

The only player over 20. pic.twitter.com/u2lrefY6Un

The Arizona scheme however, is designed to take away big plays.

The Cardinals are forcing an average depth of target of just 7.5 yards through six games, and have allowed only seven completions of 15 or more yards on 32 attempts.

They force teams to methodically march up and down the field, yielding production to slot receivers and running backs out of the backfield. Seattle certainly has the weapons to excel versus that type of coverage, but that isn’t how they typically attack opponents.

In order to score frequently against this Arizona defence, teams need to excel on third downs, something the Seahawks have struggled with this season.

The Seahawks and Cardinals met twice last season, and neither game produced a total over 40. A lot has changed since then, but what hasn’t, is Arizona’s defensive scheme.

Dating back to Week 14 of last season, the Cardinals have allowed only two teams to eclipse the 30-point mark.

So far through 6 games in 2020 they’ve allowed the second-fewest points in the NFL per contest (18.7), behind only Baltimore.

Yes, the Seahawks offence has been outrageously efficient through five games, but I’m banking on them taking a small step backwards in Week 7.

Kyler Murray is averaging 61.6 rushing yards per game in 2020, and Seattle is prone to giving up production to rushing quarterbacks.

The Seahawks were gashed for 47 yards on the ground and two scores by Cam Newton in Week 2, and Murray leads all QB’s in carries, rushing yards, and rushing TD.

He’s got an excellent chance to put up a big day with his legs and hit pay dirt for the seventh time this season.