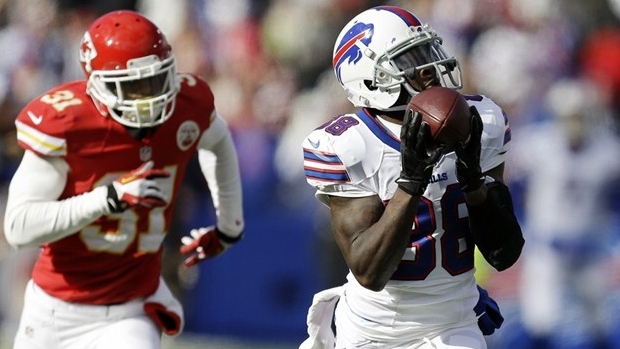 ORCHARD PARK, N.Y. - Buffalo Bills receiver Marquise Goodwin did not practice because of a head injury, leaving his status uncertain to play at Houston on Sunday.

The Bills announced Thursday that Goodwin was going through the NFL's concussion testing protocol, which he must pass before being cleared to play. It's unclear when the injury happened, but Goodwin was limited in practice a day earlier because of an illness.

Buffalo (2-1) is already down backup receiver Marcus Easley, who was already ruled out after hurting his left leg blocking on a kickoff return in a loss to San Diego last weekend.

Starting left guard Chris Williams missed his second straight practice because of a sore back. Safety Da'Norris Searcy is expected to play after hurting his left ankle against the Chargers.