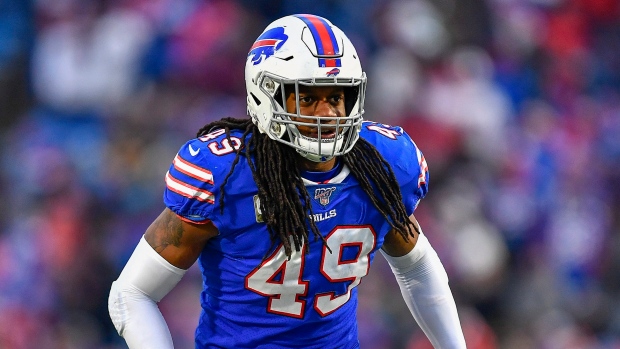 BUFFALO, N.Y. — The Buffalo Bills will be without two of their starting linebackers for Sunday’s game against the Miami Dolphins.

Tremaine Edmunds and Matt Milano have been ruled out by coach Sean McDermott after both were injured in the team’s Week 1 win over the New York Jets.

McDermott did not rule out the possibility of one or both players going on injured reserve.

Reserve linebacker Del’Shawn Phillips is also out. Phillips suffered a quadriceps injury against the Jets.

Veteran A.J. Klein is set to have an increased role on defence as a result. Klein tied for the team lead in tackles in Week 1 with five.