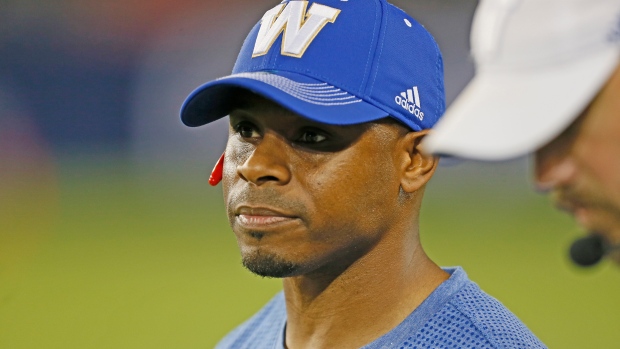 Cobourne is pursuing interests outside of football and the team says a search for his replacement has already begun.

The Blue Bombers will finalize its entire coaching staff in the next few weeks.

He was running backs coach for the Saskatchewan Roughriders in 2014 and 2015 before joining Winnipeg's staff in 2016.