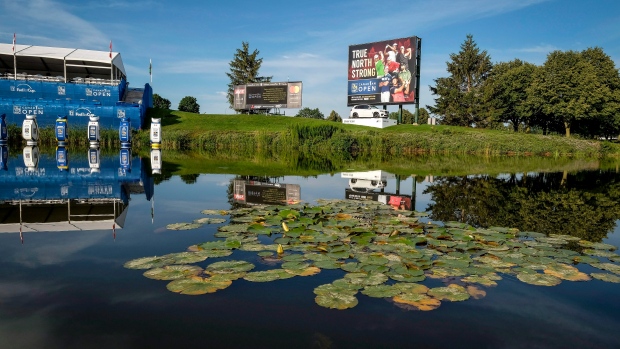 One of Canada’s most iconic golf courses has apparently been saved from being turned into a residential subdivision.

A long battle over Glen Abbey, which hosted 30 RBC Canadian Opens, was stopped on Friday when Steve Clark, Ontario’s minister of municipal affairs, said he’d received a commitment from the course’s owner, ClubLink Corporation, to withdraw its plans for development and keep operating Glen Abbey as a golf course.

"I am incredibly thankful to ClubLink for its co-operation and for ensuring that this heritage landscape will be protected from development," Clark said in his statement.

The news brings an end to a three-year battle over the Jack Nicklaus-designed golf course that pitted the course owner against the Town of Oakville.

In 2018, the town council rejected a proposal to turn the course into 3,000 homes and a number of commercial buildings. Many residents in Oakville lobbied hard to keep the course as greenspace, uniting under a group called Save Glen Abbey. The two sides had been through numerous legal stages with the town trying to get the course deemed a historical site. The matter was set to be heard at the Ontario Land Tribunal in August before Clark stepped in. The tribunal decides matters related to land use planning, environmental and natural features and heritage protection in the province.

It is believed the town spent in excess of $10 million in its fight to keep the course from turning into houses. ClubLink has made no comment on the situation or whether it has any plans for the future of the course.

Glen Abbey, which opened in 1975, was the first solo design for Nicklaus. It was constructed to be the permanent site of the Canadian Open and featured a design that was crowd-friendly. Originally owned by property developer Genstar, it was purchased by Golf Canada (then the Royal Canadian Golf Association) in 1990. The governing body sold it to ClubLink in 1999.

Over the years, many notable golfers have won the Canadian championship at the Abbey including Lee Trevino, Greg Norman, Nick Price and Tiger Woods, who hit a famous six-iron shot on the 18th hole, which he has called one of the most iconic of his career.

In recent years, the course fell out of favour with many PGA Tour players and Golf Canada decided to move the national men’s championship to different facilities to showcase other championship-worthy courses in Canada.

Dustin Johnson won the 2018 RBC Canadian Open at Glen Abbey in what is believed to be the final time the course would play host.