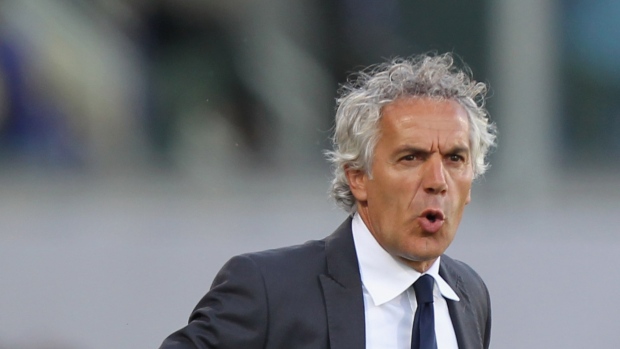 Bologna confirmed the appointment on its website, adding that Donadoni has signed a contract until the end of June 2017.

Donadoni, who was in charge of the Italian national team from 2006-2008, left Parma at the end of last season after it went bankrupt.

The 52-year-old Donadoni has also coached Genoa, Napoli and Cagliari.

Rossi's dismissal was announced earlier in the afternoon, one day after a 1-0 loss at home to 10-man Inter Milan — Bologna's eighth defeat in 10 Serie A matches.

Bologna thanked Rossi "for the work done with professionalism and competence."

Rossi took charge in May, replacing the fired Diego Lopez, and secured promotion via the playoffs.

It is the second coaching change in Serie A this season, after Carpi sacked Fabrizio Castori and appointed Giuseppe Sannino last month.