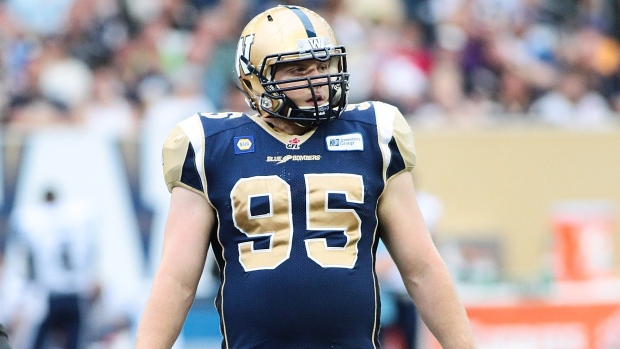 WINNIPEG — The Winnipeg Blue Bombers have agreed to terms with Canadian defensive tackle Jake Thomas on a one-year contract extension.

Thomas is entering his eighth CFL season, all with Winnipeg. The six-foot-two, 276-pound native of Douglas, N.B., had three sacks, 17 tackles and two forced fumbles in 18 games last season.

“I'm very excited to be returning for my eighth year with the Bombers,” Thomas said in a statement. “Winnipeg and the organization have become like a second home to me, and to be able to have another shot at our ultimate goal is something I am very appreciative for.”