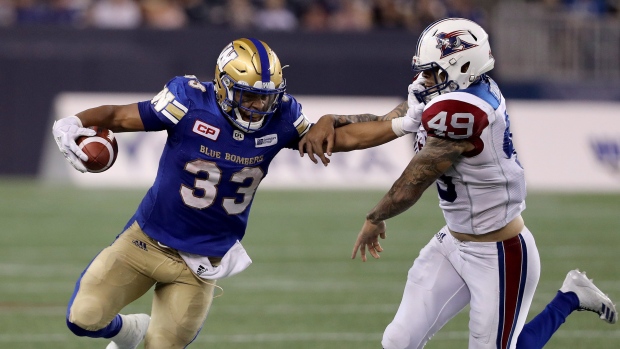 The Winnipeg Blue Bombers announced on Sunday that they have signed star running back Andrew Harris to a two-year contract extension through 2020.

The Winnipeg, Man. native joined the Blue Bombers in 2016 and proved to be a deadly dual-threat out of the backfield for the Bombers. The 31-year-old lead the league with 1035 rushing yards last season and caught a CFL-running back record 105 receptions for 857 yards en route to being named the CFL's Most Outstanding Canadian. Harris also added six rushing touchdowns and one receiving major.