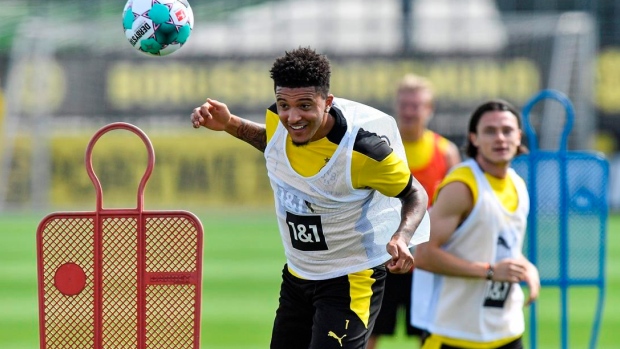 "We have of course had communication with Manchester United, but everything there is to say on the subject has already been said by us," Zorc. "That will not change in the next three days."

Throughout the summer, Dortmund has stood firm on its asking price for the 20-year-old former Manchester City player, with the club asking for a transfer fee of £120 million.

Despite reportedly agreeing terms with the player and his agent, United remains reticent to pay what Dortmund is asking.

Earlier this week, Sky Sports reported that Dortmund rejected a £91.3 million offer from the Red Devils.

United has only made a single signing in the transfer window, bringing in Netherlands midfielder Donny van de Beek from Ajax for £40 million.

The transfer window slams shut on Monday at noon ET.

Before then, United hosts Tottenham Hotspur at Old Trafford in Premier League action on Sunday.