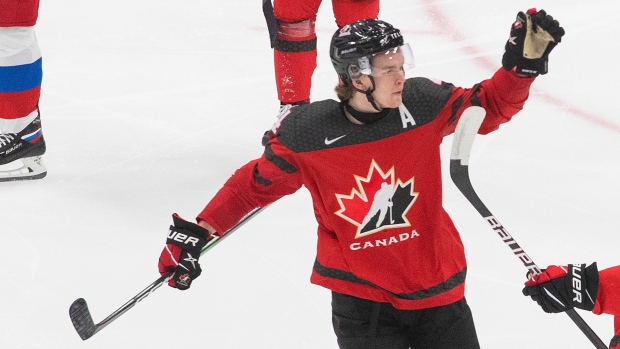 Canada captain Kirby Dach suffered a wrist injury in a pre-tournament game against Russia on Wednesday and will miss the event.

UPDATE | Per @IIHFHockey rules, @BowenByram and @Dylan_Cozens will take turns wearing the 'C', and @con91mcmichael will serve as a full-time alternate.

Under International Ice Hockey Federation rules, one player must wear the 'C' during games.

Forward Connor McMichael will serve as a full-time alternate captain.