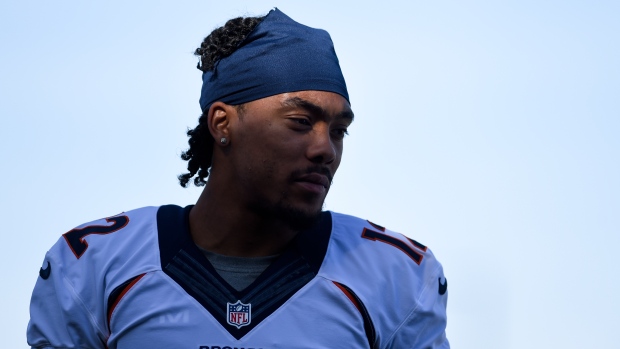 CALGARY — The Calgary Stampeders have suspended receiver Brendan Langley indefinitely following his arrest at an airport in Newark, N.J.

Langley has been charged with simple assault in connection with an physical altercation with a United Airlines employee at the Newark Liberty International Airport on Sunday morning.

“The Stampeders take matters such as these very seriously,” John Hufnagel, the Stampeders president and general manager, said in a statement. “After learning details of the incident including the filing of a criminal charge, we are indefinitely suspending Brendan Langley.”

Video, recorded Sunday and shared on social media, showed an individual and United Airlines employee exchanging slaps and punches in a melee at a United gate.

Port Authority Police say Langley, who was at the airport to catch a flight to Calgary, was arrested Sunday and later released on his own recognizance.

The United Airlines employee, who has since been fired, was left bloodied and dazed following the incident.

While on suspension, Langley will not be permitted to enter team facilities or have any involvement with the Stampeders football club.

The six-foot-one, 179-pound Langley signed with Calgary as a free-agent receiver in February. The 27-year-old was a 2017 third-round pick of the NFL's Denver Broncos and appeared in 16 regular-season games as a defensive back from 2017-18.