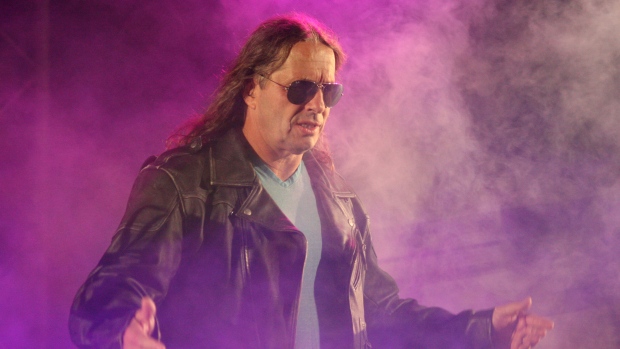 From the action-figure physiques of Hulk Hogan and The Ultimate Warrior in the 1980’s to the in-your-face personalities of The Rock and Stone Cold Steve Austin in the late ’90s, professional wrestling has always built its success through larger-than-life characters.

Bridging that gap between the “Golden Era” and the “Attitude Era” was Bret Hart. “The Hitman” went against the prevailing model of wrestling success and built his identity on the work he did inside the ring. The sense of realism and stories he brought to his matches earned him his moniker: "The Best There Is, The Best There Was, and The Best There Ever Will Be.”

“I gave 100 per cent in my matches all the time. There was something different about [my] matches. They were so real, and believable,” Hart told TSN. “My matches were an amazing blend of athletics and acting. You have to know from real pain in your life, what really hurts and how to sell something and make people feel your pain. I think I did that as good or better than any wrestler.

“I was a masterful storyteller.”

Hart is known as one of the best technical wrestlers of all time and rose to prominence as the face of the “New Generation Era” of WWE in the early-to-mid ‘90s. As wrestling began to lose its popularity in the early ‘90s, Hart says it was his dependability and mastery at placing the focus squarely on the stories in the ring that made him the natural successor to Hogan and the previous generation of wrestlers.

“I was always about the performance, about the wrestling. I was the technical wrestler,” said Hart. “Hulk Hogan became a huge thing with the 'eat your vitamins and say your prayers' promos, the look, and the glistening muscles.

“That's what made wrestling so big but it started to peter out in the ‘90s with the steroid scandal with WWF, which started to really limit and hurt the company, and business started to drop off.

“I was the guy who was going to have to pull the sword out of the stone after the huge glory of what wrestling was. I think what changed was that I was the storyteller, I was the guy that was about the wrestling. People didn't watch my matches because I had big arms or a great physique. More importantly, I was a great wrestler.”

The 64-year-old grew up in the wrestling business, working with his father Stu’s promotion, Stampede Wrestling, in his native Calgary. Hart credits his love of wrestling and his storytelling ability to watching legends like Gene Kinisky and Abdullah the Butcher as he sold programs as a child at his father’s shows.

“I grew up in the business from the time I was a little kid. I was watching wrestling matches since I was five years old,” said Hart. “When I became a wrestler I had a really good idea of how to entertain a wrestling fan like myself. I could bring the fan out of the wrestler, and when we'd go out there and perform it, the fans and the wrestler you worked with are so happy that you delivered this beautiful story.”

Known as the “Excellence of Execution,” Hart worked for his father’s promotion for eight years, first as a referee and then as a wrestler. His technical style, which set him apart from his contemporaries, came from years of watching wrestlers who visited Calgary from all over the world.

“I've watched world champions and every kind of style you can think of from different countries,” said Hart. “My dad couldn't get a lot of American wrestlers to come up and work in Calgary. So he ended up getting British, Australian, Japanese, and German wrestlers. It was such a melting pot of style and flavours from other countries that I worked with. From Day 1 when I went to WWE, I was different than any other wrestler.

“Eventually, I became, on the inside of wrestling, famous for my storytelling, my attention to detail, and my ability to make a really great match. I don't think anyone ever did it better than me. I'm proud of what I did and I stand by my body of work.”

Over a 23-year in-ring career, Hart is a five-time WWE Champion, two-time WCW Heavyweight Champion, and has been inducted into the WWE Hall of Fame on two occasions, individually in 2006 and as a member of The Hart Foundation, alongside his brother-in-law, Jim “The Anvil” Neidhart, in 2019. Hart was also inducted to Canada’s Walk of Fame on Dec.17, alongside Olympic gold medallist Damian Warner, and others.

To this day, Hart remains one of the most decorated and popular professional wrestlers of all time. Following his latest accolade, he is humbled at the fan support that has allowed the legacy of “The Hitman” to thrive.

“When I got into wrestling, I didn’t expect much to come of it. I didn't see it being the great career that it turned out to be,” said Hart. “In a business where you don't know that anyone will ever appreciate what you tried to do as a performer and wrestler, to hear that it was so important to people that they remember you so much today, it gives me a more profound measure of myself.

“It's been a magical journey and I wouldn't change very much in my life. I'm proud of how I lived my life and what I accomplished. From the Montreal Screw Job to my brother Owen's passing, to beating cancer, surviving a stroke, everything I've accomplished in my lifetime.

“To do it in a way where people still remember me to this day, I felt like I’ve never faded. Bret Hart is still alive and strong.”