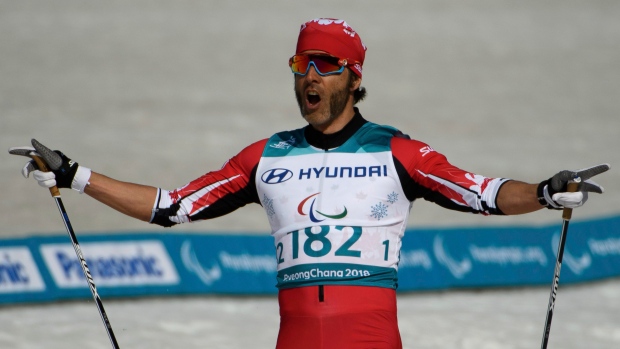 ZHANGJIAKOU, China — Canada added two gold medals and a bronze in cross-country skiing at the Beijing Paralympics on Monday.

Brian McKeever easily defended his title in the men's 20-kilometre cross-country vision-impaired race. It was the 14th gold medal and 18th medal overall in the Paralympics for the 42-year-old from Calgary.

McKeever, in his sixth and final Paralympics, was the three-time defending champion in his event and a clear favourite heading into the long-distance race.

He crossed the finish line in 55 minutes and 36.7 seconds, more than three minutes ahead of Jake Adicoff of the United States in second. Zebastian Modin of Sweden took home the bronze.

The last time McKeever failed to top the podium in the 20km cross-country event was in 2006 when he won silver.

In the women's 15km race, Wilkie crossed the finish line in 48:04.8, nearly a minute ahead of second-place finisher Sydney Peterson of the U.S.

It was the second Paralympic gold medal for the 21-year-old Wilkie, who captured gold in the 7.5km race in Pyeongchang in 2018.

Twenty-eight seconds behind Peterson was the 28-year-old Hudak, who won bronze in biathlon in 2018.