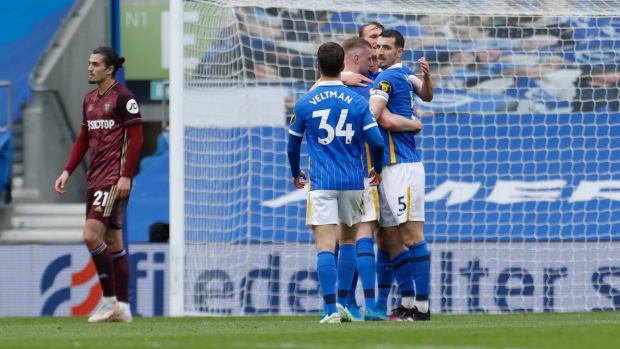 Danny Welbeck won the penalty that was converted by Pascal Gross in the 14th minute, then provided the moment of the match by bringing down a high ball with a neat flick before firing home a low shot for the second goal in the 79th.

Brighton moved 10 points clear of the relegation zone with four games remaining and can start planning for a fourth straight year in the top flight.

Leeds struggled without two of its most influential players, holding midfielder Kalvin Phillips and winger Raphinha, who missed the match because of injury.