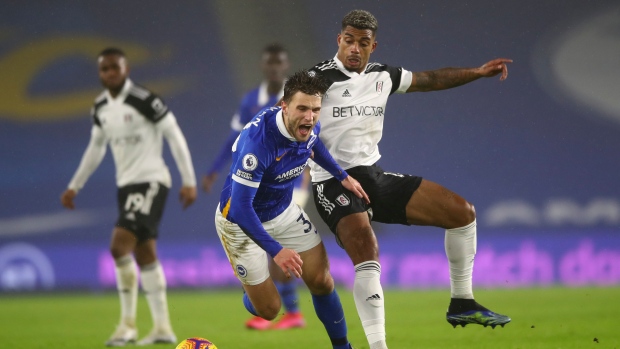 BRIGHTON, England — Brighton maintained its five-point cushion above the relegation zone in the Premier League after drawing 0-0 with third-to-last Fulham on Wednesday.

It was a second goalless draw between the teams in little over a month, after the same score on Dec. 16 at Craven Cottage.

Both teams lacked a cutting edge in the final third in a match featuring 26 shots — 16 of them coming from Brighton, whose winless run at home in the league extended to 14 games dating back to June 20.

Lewis Dunk had one of Brighton's best chances, before the centre back produced a stunning goal-line clearance to stop Ruben Loftus-Cheek from scoring in second-half stoppage time.

Brighton stayed one spot above the bottom three in 17th place.