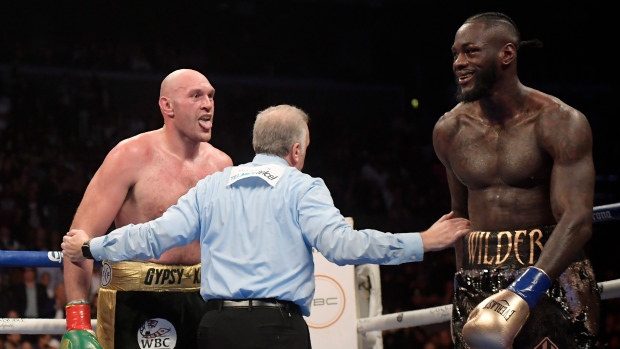 British heavyweight Tyson Fury believes the deck is stacked against him when he challenges Deontay Wilder for the WBC heavyweight title next month in Las Vegas.

The 31-year-old Mancunian says he'll be subject to biased judging in the United States against an American fighter.

Fury says he will end the rematch in short order.

"You're going to sleep in two rounds," Fury told Wilder. "I keep having the same dream and when I'm playing poker I keep getting dealt two. It's definitely a thing. He is getting knocked out in two."

This will be Wilder's 10th defence of his title, having originally captured the belt in 2015 with a unanimous decision win over Montreal fighter Bermane Stiverne.