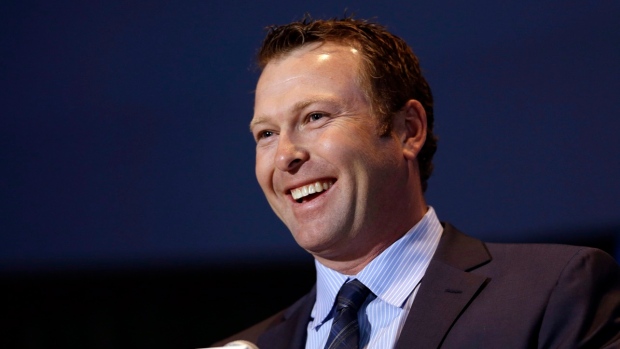 Brodeur, a two-time Olympic gold medallist as a player, served as part of the management group for Canada at Pyeongchang 2018

“I can’t say enough about the valuable roles Sean and Marty played on our Olympic team’s management group, and the value they bring as we now turn our attention to the World Championship,” Hockey Canada CEO Tom Renney said in a release. “As an organization, to see former players who have represented us on the world stage come back and contribute to our international success at the management level reinforces just how special it is to be part of Team Canada.

"It also speaks to the character of the players we select to be part of the program that they want to give back to the national team beyond their playing careers. Their experiences also lend themselves to creating the best environment for our coaches and players to thrive and succeed, because they have been there and know what it takes to be successful.”

The 2018 Worlds will take place in Denmark from May 4 - 20. Canada won silver at the tournament last year, falling to Sweden in a shootout after winning two straight gold medals at the event.

Burke and Brodeur both joined Hockey Canada's management team in July of last year ahead of the Olympics.

Brodeur, 45, is a three-time Stanley Cup champion and a four-time Vezina Trophy winner. He ranks first in NHL history in career wins with 691 over his 22-year career.

Burke, 51, spent 18 seasons in the NHL as a goaltender and won a silver medal with Canada at the 1992 Olympic Games in Albertville, France.