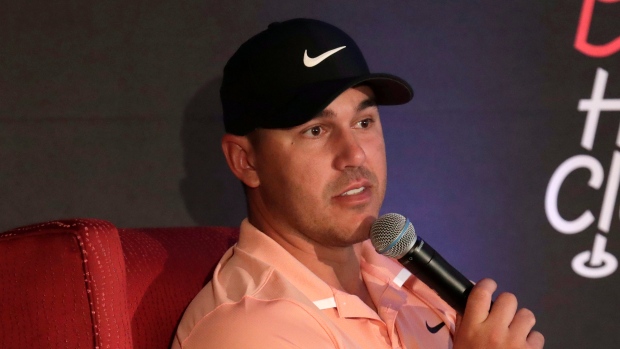 PALM BEACH GARDENS, Fla. — Brooks Koepka said he respects everything Rory McIlroy had to say on the notion of a Premier Golf League and why he wouldn’t want to be part of one.

The world’s No. 3 player didn’t offer a firm stance one way or another Wednesday on whether he supports the idea of a league that would essentially compete with the PGA Tour, other than saying that he wants to continue playing against the best in the game.

“I’m just going to play where the best players play,” Koepka said. “Simple as. I want to play against the best.”

And if the best stay put on the PGA Tour, then that would clearly indicate Koepka will remain there.

The idea of the Premier Golf League is to bring together 12 four-man teams that would be required to play 18 events — 10 of them in the U.S. — that feature 54 holes, no cut and a shotgun start in some rounds to fit a five-hour broadcast window. Total prize money would be $240 million, and the top player could earn as much as $50 million.

It has been a talking point for years and is making headlines again now in part because of McIlroy’s comments last week in which he made clear that he has no interest in joining any new league. There is also a meeting of the PGA Tour policy board next week, coinciding with the Arnold Palmer Invitational at Bay Hill.

“Money is the easy part,” McIlroy said last week. “It shouldn't be the driving factor. Look, for some people it is. And we're professional golfers and we're out here playing golf to make a living. But at the end of the day, I value my freedom and my autonomy over everything else.”

PGA Tour Commissioner Jay Monahan sent a memo to players last month saying that because the tour has contracts with title sponsors for a full schedule and television partners, anyone joining the Premier Golf League would have to give up his PGA Tour membership. And the major championships wouldn’t be part of the new league’s slate.

“My opinion is my opinion,” Koepka said. “Nobody else is going to sway it. ... I mean, I respect what Rory said. Everybody has got their own thoughts. Everybody has got a different opinion. It is what it is. I’m pretty sure Rory wants to play against the best players in the world, too. Wherever that is, everybody is going to be playing.”