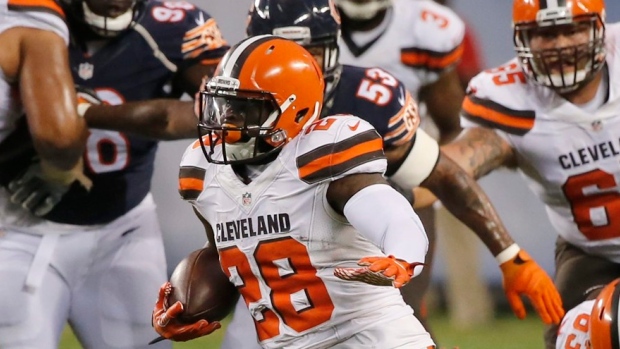 CLEVELAND - The Browns have given up on running back Terrance West, trading him to the Tennessee Titans for a seventh-round pick in the 2016 draft.

West was a third-round pick in 2014. He rushed for 673 yards and three touchdowns as a rookie, but never fulfilled the Browns' expectations. On Friday, coach Mike Pettine referred to West's "ups and downs," saying he "flashes at times brilliance and then other times where he gets a minus on the grade sheet."

West's departure came one day after Cleveland finalized its 53-man roster and released running back Shaun Draughn. He could be re-signed.

The Browns have been ravaged by injuries to their backs all summer. Rookie Duke Johnson is in the NFL's program for concussions and it's not known if he'll be ready for next Sunday's season opener.

Isaiah Crowell is expected to be the Browns' starting back.