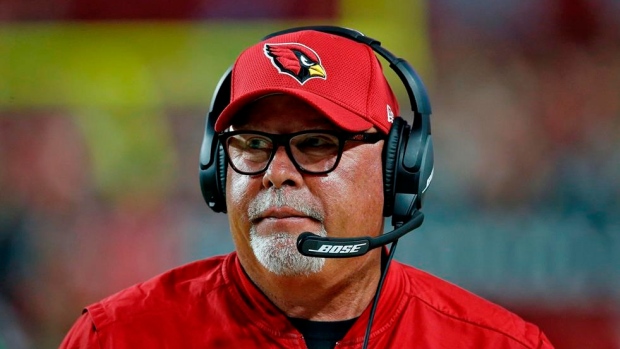 Tampa Bay Buccaneers head coach Bruce Arians made it clear on Thursday that free agent wide receiver Antonio Brown will not play for them.

Brown last played in the NFL last season with the New England Patriots, appearing in just one game before being released. He was released after sending intimidating texts to a woman who accused him of sexual misconduct.

The wide receiver had numerous off-field issues last year, including being accused of rape by a different woman in a Florida civil lawsuit just days after being signed by the Patriots. He also had a heated exchange with Oakland Raiders general manager Mike Mayock in September.

Despite signing six-time Super Bowl winning quarterback Tom Brady during free agency, who played with Brown last season with the Patriots, Arians was adamant that the All-Pro wide receiver would not be a Buccaneer.

"I just know him and it's not a fit in our locker room," said Arians.