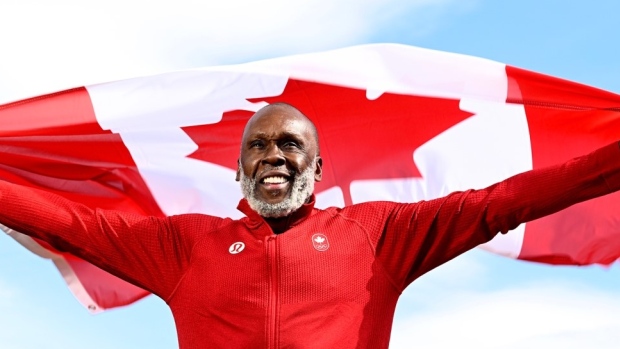 Bruny Surin, who helped capture gold in the men's 4 x 100m relay at the 1996 Olympics in Atlanta, has been named Team Canada's Chef de Mission for the Paris 2024 Olympic Games, the Canadian Olympic Committee announced on Friday.

“Paris already holds a special place in my heart,” said Surin. “When you layer the Olympic Games on top of such a marvellous city, you get an experience beyond compare. I am so proud to be named Team Canada’s Paris 2024 Chef de Mission. I am looking forward to embarking on this adventure and being there for each member of our Team; I will be their number one fan!”

The 54-year-old Surin, who was born in Haiti and moved to Quebec City in 1975, represented Canada at four Olympics (1988, 1992, 1996 and 2000) in athletics, highlighted by a gold-medal performance alongside Canadian sprinting legend Donovan Bailey at the 1996 Games in Atlanta.

“Bruny is undoubtedly the perfect choice for Chef in 2024,” said Eric Myles, COC’s Chief Sport Officer. ”He is a valued member of our Olympic family and in addition, possesses the qualities of being a unifier and team player. With his incomparable Olympic journey and his passion for sport and people, he will be the ultimate ambassador for Team Canada 2024.”

Surin won two gold medals in the 4 x 100m relay at the World Championships in 1995 and 1997 as well as two silvers in the men's 100m sprint in 1995 and 1999. Surin is an appointee of the Order of Canada and a member of both the Canadian Olympic Hall of Fame and Canada’s Sports Hall of Fame.