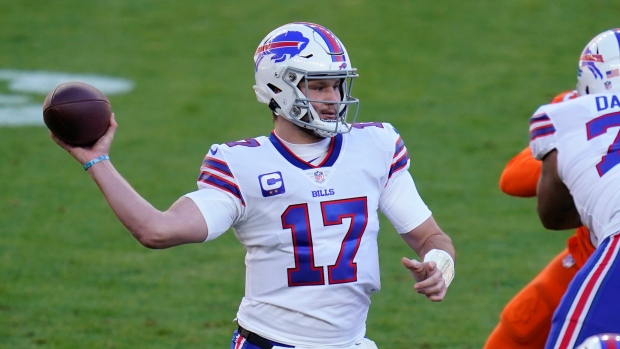 Teams have until 5pm to exercise their options on players heading into their fourth seasons.

The decision by the Bills comes with little surprise.

Allen, 24, was the runner-up to Aaron Rodgers for the NFL's Most Valuable Player in 2020.

In 16 games last season, Allen threw for 4,544 yards on 396-for-572 passing with 37 touchdowns to 10 interceptions. He ran for another 421 yards on the ground with eight touchdowns. The Firebaugh, CA native also recorded a TD with his only reception of the season.

Allen helped lead the team to its first AFC East title since 1995 and the team reached the AFC title game for the first time since 1993.

Edmunds, 23, has been named to back-to-back Pro Bowls.

The fifth-year option on Edmunds' older brother, safety Terrell Edmunds, was declined earlier on Monday by the Pittsburgh Steelers.