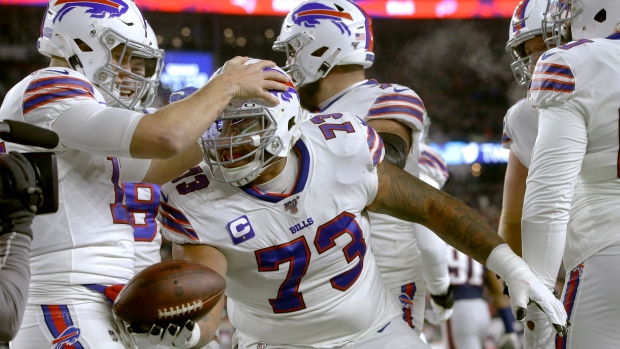 The team announced the signing, while a person with direct knowledge of the contract provided the value of the deal to The Associated Press. The person spoke on the condition of anonymity because the team did not release that figure.

Dawkins has been a starter in Buffalo since being selected in the second round of the 2017 draft out of Temple. He had one year left on his rookie contract, and is now signed through the 2024 season.

Dawkins is part of a starting offensive line that mostly returns intact. Buffalo will have to find a starter at right guard to fill in for Jon Feliciano, who will miss up to three months with a torn pectoral muscle.

Dawkins’ deal comes a day after the Bills signed coach Sean McDermott to a four-year contract extension, which locks him up through the 2025 season. McDermott spoke about the extension on Thursday and the stability it helps provide for the organization.

“When I first met (owners) Terry and Kim (Pegula) four years ago, that meeting changed the course of my life for the better and I’m very grateful for that and so is my family,” McDermott said.

“This, in a similar way. It also gives us some stability as a family and also stability for my staff as well, and that’s important, and the players that we’ve hand-selected to come to Buffalo. So I think that’s the ripple of all of this — it creates clarity, it creates stability.”

The Bills have made the playoffs in two of McDermott's three seasons in charge. Before his arrival, the Bills had the longest playoff drought in the league.