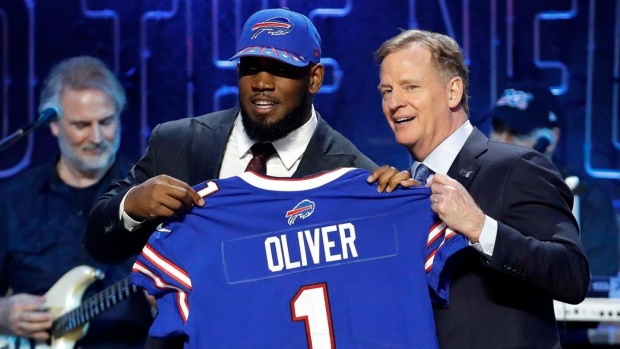 The Bills announced the signings and Anderson informed the NFL of his retirement on Thursday, a day before opening their rookie minicamp.

Anderson's decision to retire comes as a surprise, after the 35-year-old signed a one-year contract a day after Buffalo closed its season. The Bills lured him out of semi-retirement in October to serve as an experienced backup to then-rookie Josh Allen.

Anderson started two games in place of an injured Allen before being sidelined with a concussion. This season, he was projected to be Buffalo's third-string quarterback, behind Matt Barkley, and serve as Allen's mentor.

The Bills added a quarterback Thursday by signing Tyree Jackson, an undrafted free agent out of the University at Buffalo.

Oliver is a defensive tackle out of Houston, and drafted ninth overall two weeks ago.

The Bills' lone unsigned draft pick is tight end Dawson Knox. Buffalo traded both of its fourth-round picks to move up in the draft order to choose Knox in the third round.