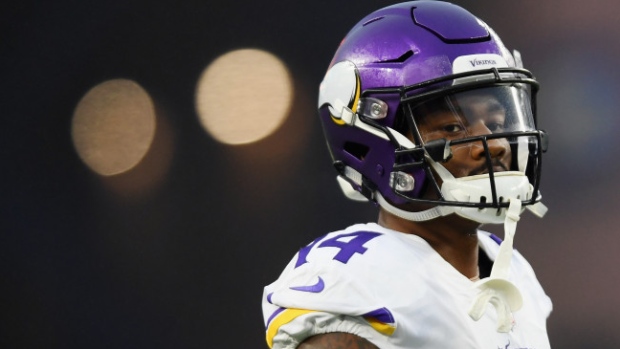 Diggs shared his thoughts about playing football this season in a string of tweets Tuesday night.

I love football... with all of me

But there’s so many unanswered questions with this upcoming season. I’d be lying if I said I was comfortable starting back up..

Like the rest of his fellow players, Diggs, who was acquired by the Bills this off-season in a trade with the Minnesota Vikings, has had to do practically all of his training away from the Bills facility because of the pandemic. Even this year's NFL draft was held virtually.

Despite his hesitation about playing, Diggs said that he's been training hard in order to be ready to play, but that he would be bothered by having to play with no fans in attendance.

I’ve been training my butt off just trying to stay ready and prepared.

I’ve never played a game with zero fans in the stands. Even in little league we atleast had parents and other family members... this will be weird if it happens

The NFL recently decided to trim the number of potential preseason games this season from four to two, with the Players' Association recommending that the entire preseason be eliminated. The league has reiterated throughout the pandemic that it’s planning on starting the season on time in September.