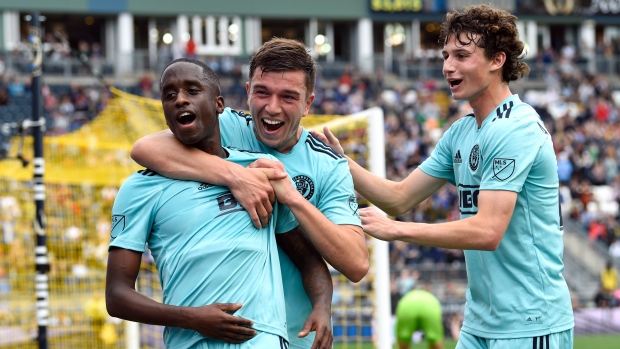 CHESTER, Pa. — Cory Burke and Jamiro Monteiro each scored to help the Philadelphia beat the Montreal Impact 3-0 on Saturday for the Union's fourth win in their last five games.

Burke stole a lazy pass near midfield and then took a few dribbles before blasting a roller from outside the area just inside the far post to give Philadelphia (4-3-1) a 1-0 lead in the 14th minute.

Monteiro, a 25-year old on loan from FC Metz through June, converted from the spot in the 45th for his first MLS goal after Jack Elliott drew a foul conceded by Zakaria Diallo.

Alejandro Bedoya tapped in an empty-netter to cap the scoring 57th minute.

Montreal (3-3-2) had its three-game unbeaten streak snapped and conceded a goal for the first time since a 7-1 loss to Sporting Kansas City on March 30.

Philadelphia's Kai Wagner was shown a straight red card, after video review, in the 90th minute.